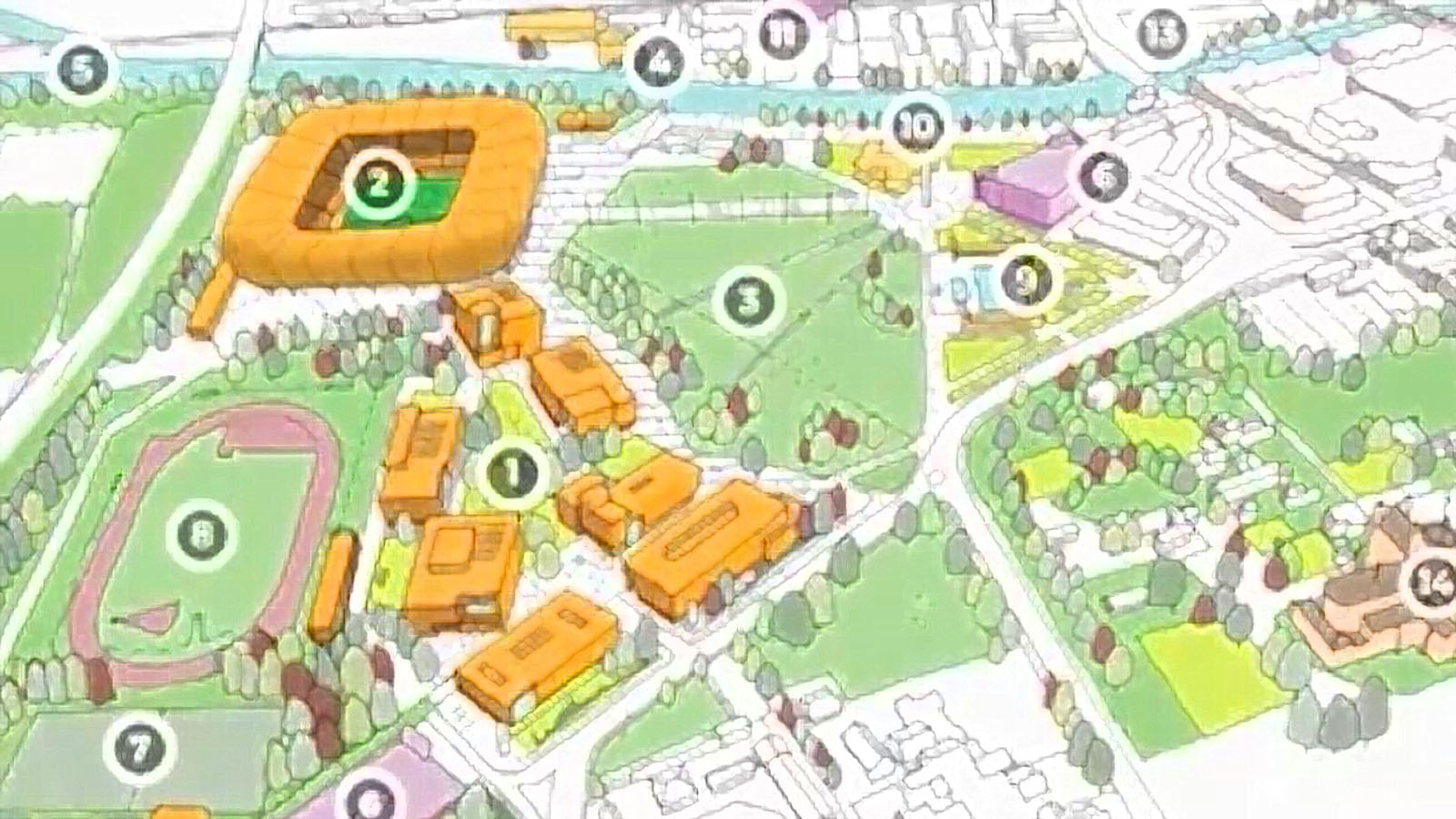 Peterborough United co-owner Stewart Thompson and City Council Deputy Leader Wayne Fitzgerald discussed the clubs plans for a new stadium at the Embankment in a recent Zoom interview as they answered questions from the public and expressed their views on the future.

Thompson, who has also confirmed he is available to talk to other political parties ahead of the Local Elections in May, is hopeful that the results of the upcoming vote will not impede the plans to build a multi-purpose stadium on the site.

“The timing of this is not without thought, the reality of this is that if the election goes forward a different way and the Embankment is determined as green space, we may be thwarted for another decade.

“If we think about going back recalibrating plans, think of all the transportation issues that go with other sites, think about the neighbourhoods that we have to petition to accept us to be there, it could actually put us back a long way. Staying close to the city centre is sensible and key. We’ve found the further away you take the heart from the city, the more it is lost.

“Clubs that have taken the decision to move out into the suburbs have rued that decision and we don’t feel we need to be part of that. We know that there are people out there that are worried about the loss of green space from the Embankment, but the stadium is only a small part of that particular area.”

Cllr Fitzgerald added at the public online meeting: “My view of the Embankment is that I want to make it a destination all year round. I am for a sympathetic redevelopment, so it isn’t just a muddy field most of the year round. A multi-use stadium ticks a lot of boxes for me but that doesn’t mean I want to just concrete over the whole thing.

“I want to see a sympathetic development that incorporates wildlife, biodiversity and improving the riverfront, making it a place for families to come all year round as well as hosting events such as the Beer Festival, let’s make it the jewel of our crown here in Peterborough.”

Both Stewart and Wayne made it clear in the Zoom meeting that they are available to answer questions from the public about the proposals and that any plans will be subjected to the normal processes involving public consultation.

If you wish to contact Stewart on this subject, you can do so by emailing [email protected].

This website uses cookies to improve your experience while you navigate through the website. Out of these cookies, the cookies that are categorised as necessary are stored on your browser as they are essential for the working of basic functionalities of the website. We also use third-party cookies that help us analyse and understand how you use this website. These cookies will be stored in your browser only with your consent. You also have the option to opt-out of these cookies. But opting out of some of these cookies may have an effect on your browsing experience.
Necessary Always Enabled
Necessary cookies are absolutely essential for the website to function properly. This category only includes cookies that ensures basic functionalities and security features of the website. These cookies do not store any personal information.
Non-necessary
Any cookies that may not be particularly necessary for the website to function and is used specifically to collect user personal data via analytics, ads, other embedded contents are termed as non-necessary cookies. It is mandatory to procure user consent prior to running these cookies on your website.
SAVE & ACCEPT
Go to Top